This multi-year ethnographic project asks: How does the first postsocialist generation make a living, as young people go on their own in the Polish semi-peripheral, financialized capitalism? Led by Marta Olcoń-Kubicka and Mateusz Halawa, this work explores the formation of young middle-class family households in Warsaw and their subsequent trajectories through labor, housing, and consumer markets on the one hand, and shifting life stages and family relationships, on the other. Building on debates in economic sociology, economic anthropology, and the social studies of finance, we analyse how individuals form, transform, and dissolve their households by moralising, calculating, drawing boundaries, and forming attachments around love, money, and financial devices. We study couples as they negotiate solidarity and autonomy through domestic budgets, and as they face historically novel risks and uncertainties of financialization. So far our research has focused, among other things, on the social, cultural, and economic productictivity of local and foreign currency mortgages; on the gendered moral ordering of household relations through monetary practices and everyday banking; and on the role of digital technologies in the everyday ethics of householding.

Since 2018, we have increasingly explored the linkages and practices between related households, including intergenerational transfers inter vivos, imaginaries and realities of inheritance, or designs for succession in first-generation family firms. While our ethnographic fieldwork remains anchored in Warsaw young middle-class households, we follow the kinship, romantic, and economic ties that household members, often migrants, maintain with those outside the city and country. We also pay attention to differences in family wealth, housing class, and access to credit, thus creating insights relevant to broader transdisciplinary debates about the microfoundations of economic inequality. In 2019, we have begun working with the advisory board, which includes Sue Heath (University of Manchester), Richard Ronald (University of Amsterdam), and Frederick Wherry (Princeton University).

Our collaborators and research assistants are: Małgorzata Łukianow, doctoral candidate at the Graduate School for Social Research with a focus on social memory in the context of migration and displacement; Michał Sitek, assistant professor at IFiS PAN working on institutional analyses of education and social policy; and Feliks Tuszko, graduate student in sociology and art history at the University of Warsaw with a focus on sociology of production, valuation, and markets in the field of fine arts in Poland.

This research has been funded by the National Science Centre, Poland under the OPUS program. First, in 2014-2017, we conducted the project Practices of handling money in close relationships in young family households (DEC-2013/09/B/HS6/03426). Then, from 2019-2021, we have been conducting the project Intergenerational transactions: Relational work and moral frames in transfers of wealth from parents to their adult children (DEC-2018/29/B/HS6/02072).

Homemade budgeting spreadsheet in a Warsaw household helps a newly-formed couple achieve mutual fairness and transparency as they plan for the future good life together.

Prototyping the future of “Polish food”

Positioned at the intersection of food studies, economic sociology, and design, this research project follows producers, consumers, cultural intermediaries, and tastemakers as they seek to create new forms of value and meaning in the Polish food system. We explore the newly re-emerging interest in Polish cuisine and local ingredients among urban, educated, upwardly mobile middle-class foodies who a decade earlier would distinguish themselves by conspiciously consuming foreign food. We analyse this apparent revaluation of Polish food in terms of space—through the rearticulation and embodiment of the categories of “local,” “regional,” and “national”—and time, through discourses of history, tradition, and aspiration. From artisanal cheeses to gourmet żurek and high-priced wines and vodkas of Polish terroir, we pay attention to the practices of experimentation and prototyping in fields, farmers markets, restaurants, and supermarkets. Mateusz Halawa is a co-investigator in this project, working with Fabio Parasecoli, Professor in the Department of Nutrition and Food Studies at New York University (see also personal homepage and @FParasecoli). The work is funded by the National Science Centre, Poland under the OPUS program (Reinventing Polish food in the cosmopolitan foodscape, 2018-2021 DEC-2017/27/B/HS2/01338). 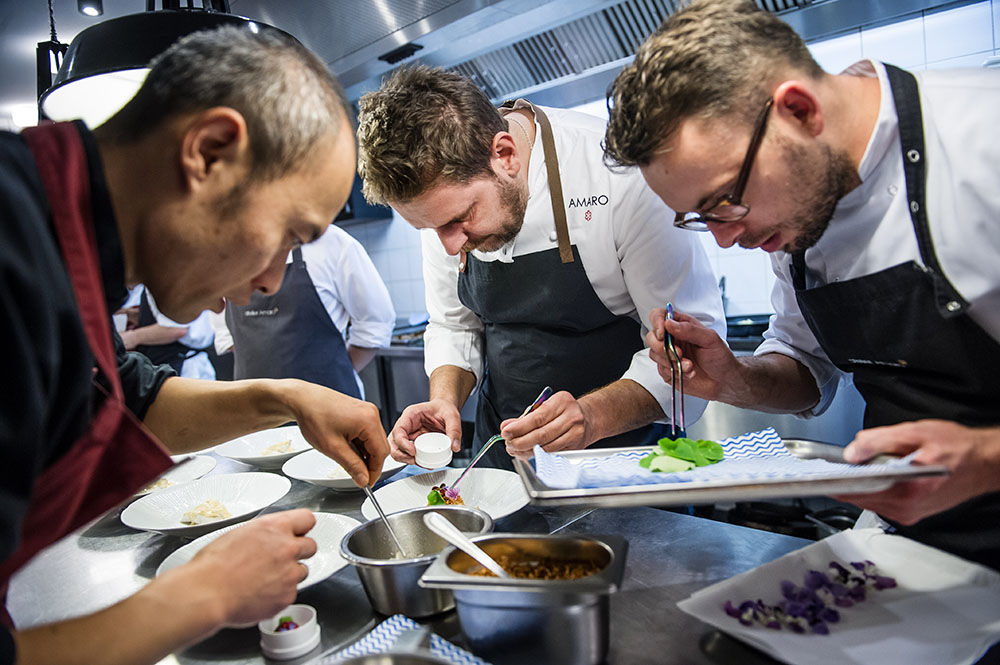